I'm thrilled to be part of Composers for Relief: Supporting the Philippines.

In the spirit of collaboration, 28 writers from across the globe will join in discovering the stories of triumph lurking in the notes of each track on this inspiration album. The final tales will be compiled into a companion ebook anthology for the album, with all proceeds going to Gawad Kalinga. 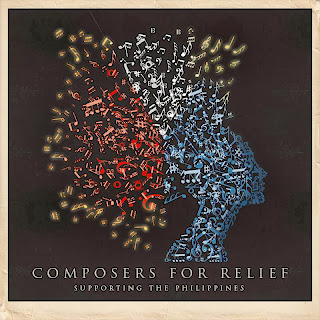 I chose the track, Beautiful Life. It is one of the most moving songs I've ever heard. Here is the story it inspired.

Beautiful Life
Andrew loves to sleep. In his dreams he’s whole again. He can feel the warm sand beneath his bare feet and the sting of muscles well used on a long walk down the shore. He would never have done it in the waking world,  but in his dreams he tosses bread to the  gulls above.   He understands, now, their desperate swooping for one more morsel. Awake, he rolls himself out onto the porch of his parent’s old beach house where he can feel the breeze from the ocean soft on his face and through his hair.

He wants to be grateful for what is left, but he misses what is gone. He had a normal life—a car, a job, a girl he loved. He had thought of all the things he would lose, she wouldn’t be one. He was wrong. The accident had taken the life he knew how to live. This knew one is a mystery to him.  So he lives in his dreams.  At night, anything he imagines can become real. He can be a soldier victorious, a bird over the ocean, or better yet—he can  be who he once was. In his dreams, he’s not alone. He is in love and loved in return. He has friends. He has family.  Awake he is reminded of his loss. His friends, not up for the challenge, his parents—already lost to him years ago. All for the better, he thinks. He would be too much of a burden now.

What he has left of his parents is this house where he spent childhood summers on the shore, where he learned to surf, where he sneaked out late to meet a girl under the moonlight. He remembers friends and nights out at the pub in town—drinks over lively conversation, bar food too greasy for its own good. He knows the loss of his friends is as much his own fault as theirs. But it's hard to be jovial when your world has broken in half at the center. A company sends a nurse aid who help him do the things he has become too complacent in his misery to do for himself.  She’s friendly, but it isn’t the same.

It’s been one year today that he awoke to a foreign life. He wants to wallow in his sorrow, but outside along the shore, he sees a young boy playing. The boy’s mother watches from a blanket nearby. The boy pretends to be a gull—arms outstretched, swooping and diving. The boy’s blond hair lifts up in tufts, buoyed by the salt air. Andrew watches with wrinkled brow and is suddenly determined to get back what is lost. He wheels back into the house and turns on his computer. He thinks about going to his old social networking sites, maybe starting up a blog, or at least reading someone else’s. But what  would he say to the avatars anyway? Who would he claim to be?  One step at a time, he tells himself. First, go somewhere that is not a doctor’s appointment. He looks up the local movie listings and picks a flick that looks like something he would have wanted to see when he was his old self.

He knows going to a movie isn’t much different than going to sleep. It isn’t real. But it’s a start. He calls the local assisted travel service and is put in touch with a handicap accessible taxi. He dresses and readies himself. It takes longer than he expects and is a fair amount more frustrating than he thought it would be to make himself presentable enough for the general public. But he does it. He will miss the early movie, but that’s OK. He will not be discouraged.

Ready, he calls the taxi service and meets them in the lobby. At the movie theater, he’s deposited into the real world with not much idea of what to do. Silly, he thinks, he used to do this all the time. He knows the city. He knows how to purchase a ticket and watch a movie. So he does just that. It’s a thrill to sit in the darkened theater among other folks and laugh when they laugh. He feels connected. When the movie is over he doesn’t want to go home. He rolls himself over the uneven sidewalk to a pub just a few doors down. He gets a table, lamenting a seat at the bar for just a moment.  He orders a drink and chili cheese fries. He smiles at the greasy goodness.

When he’s on his second beer a young womanl comes and sits at the table with him.

“My friends dared me to come over and speak to you.” she says.

At first he’s offended. Why, because I’m in a wheelchair, he wants to ask, but doesn’t.

“They say you look like Matt Damon.” she says. “I say Jude Law. The bet is, do you have a British accent?”

He doesn’t think he looks like either one, but he appreciates the complement. He shrugs his shoulders and smiles at her. She laughs out loud. She goes on asking questions and he goes on answering them with only gestures. It’s a silly secret to keep from her when there is a real one just under the edge of the table.

He finally does speak and she pouts saying that she has lost the bet, but doesn’t care.

“It was just an excuse to come over,” she says, and blushes.

They continue to talk and she asks if he wants to go outside, get away from the noise. Better to get it over with he thinks.  She stands up and he rolls back from the table. He watches for her reaction.  She doesn’t flinch. He points to the chair.

he's confused by her indifference to his condition. But of course, the's not the first person to ever be in a wheelchair. As she opens the door for them without pity or pretense Andrew realizes that it is not the world that has left him, he has left the world. He has thought the worst of world and assumed it felt the same. He is wrong.  She asks if he’s seen the new comedy. He lies and says no.

He nods. He points to a bench along the empty street and they sit and talk. The warm night air floats around them. Andrew thinks of the gulls along the shore. He thinks of their wings and their determination. Their freedom.  Life is not what he thought it would be, but in this moment, it is better.

Thank you for reading and stay tuned for more information on how you can purchase the album and ebook and help support the Philippine people affect by this tragedy.

A wonderful contribution! You should be so proud, beautiful, just beautiful!

A touching contribution, Amy! Such a lovely piece.

Really enjoyed this, a perfect accompaniment to the beautiful music!

I really loved this piece Amy. Thanks!

Really wistful... and your wonderful prose matches the beauty and melancholic nature of the music!
Happy New Year, Amy!